For the actual on air discussion and interview see this YOUTUBE clip http://bit.ly/13zFQhU 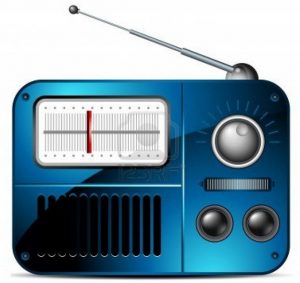 The show host was Doug Dennison and his guests were Larry Latham, Partner and Founder of Ameribid, Robert Pliska, CRE of Sperry Van Ness and Steve Papermaster, First Title’s President.  In Robert Pliska’s segment of the YouTube video, a good discussion was held in several key areas – the need for the disposition of 14,000 government surplus properties, an example of the disposition of a $31.5 million surplus property for the state of Michigan via the auction process, a $400 million online auction, the fast turnaround of the national market especially in Detroit and the many capabilities of Sperry Van Ness with its 180 locations across the country.

Regarding government surplus properties, many benefits can be achieve from their disposal.  These benefits include – elimination of unnecessary substantial carrying costs, returning nonproductive surplus property to the tax rolls, infusing additional investment into the economy, creating construction and permanent jobs and obtaining cash for the outright sale of the property.  In the example given, Pliska gave his personal example on how he and the Sperry Van Ness team were able to save $500,000 per year in annual maintenance and security costs for the government entity, $31.5 million was received for the sale by the government entity for the property, productive assets were created such as a new hospital clinic, retail and a potential senior housing project, there was a decrease in blight to an upscale community and many new jobs were created due to the actual construction of the properties and permanent jobs generated from the properties created.

Regarding the uptick in the national market, a specific example of the Detroit metropolitan area was given and its great turnaround.   In 2008 and 2009, Detroit was having severe economic problems where two of the three major automobile companies filed bankruptcy.  Now there is a tremendous turnaround where economic activity has tremendously increased and new jobs have been created.  In the years from 1/2010 to 12/2012, Michigan’s unemployment fell from 14.5% to 7.9% (U.S rate fell from 9.8% to 7.8%) and 156,000 jobs were added.   Currently there is some confusion of the turnaround in Detroit since the city itself is having financial issues (not the economy) now with only 700,000 people with a metropolitan Detroit population of 4,500,000.  This is due to the substantial movement of population to the suburbs over many years and the already large amount of population in the suburbs where the auto industry grew – Ford in Dearborn, GM in Warren and Chrysler in Highland Park and Auburn Hills. The metropolitan Detroit area is currently doing great.  And, with prices and lease rates still very low, this may be a great time to buy or lease commercial or investment real estate in the Detroit area.

Pliska also noted on how beneficial it is to work with a national firm as Sperry Van Ness with its 180 locations.  It has the expertise, knowledge, geographic coverage and real estate specialties such as specialized areas as auctions which can handle the many commercial and investment real estate needs of a client.